Please Drink ResponsiblyYou must be of legal drinking age in your residence.
Sorry, please wait until the time invite you to enjoy alcohol! 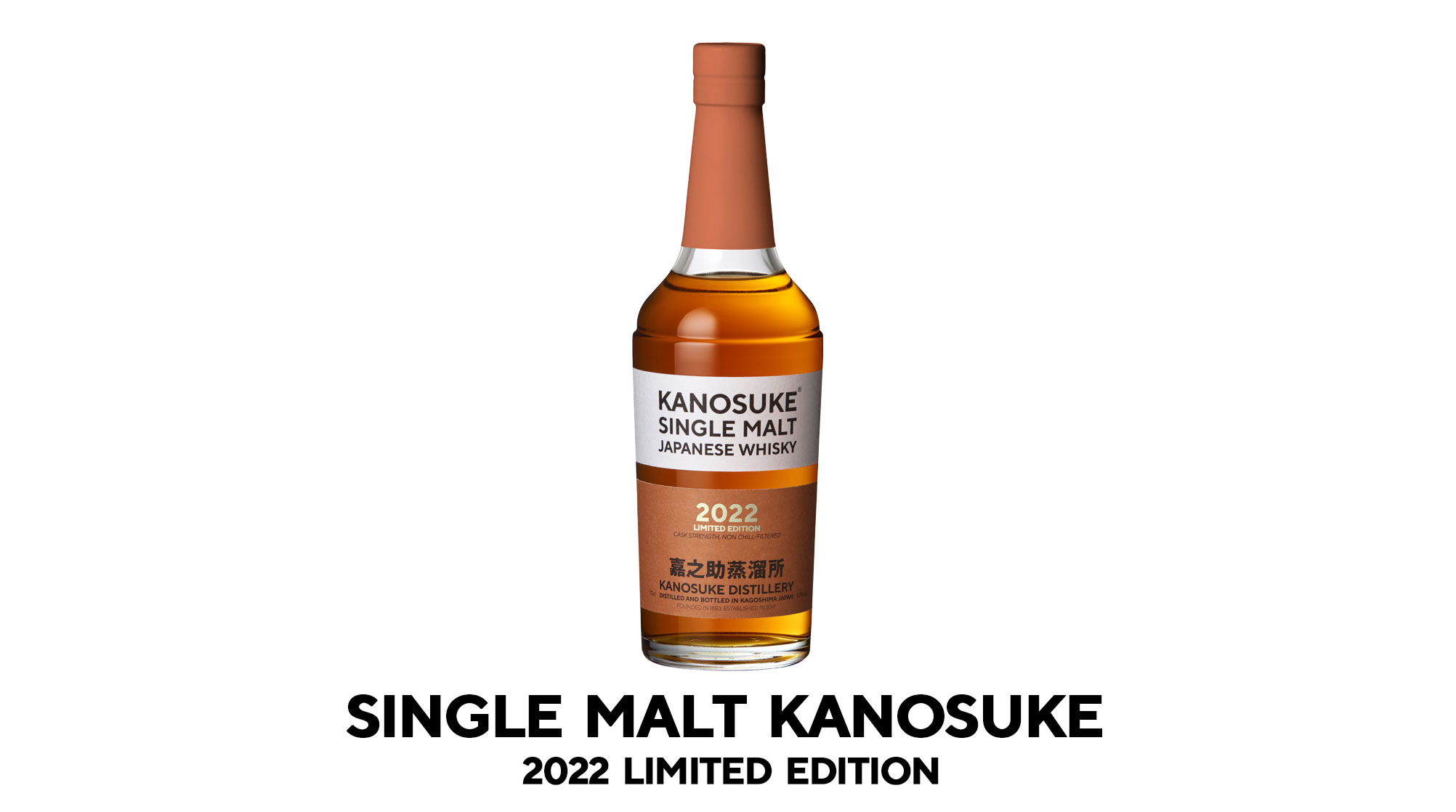 “Single Malt Kanosuke 2022 LIMITED EDITION 59% 700ml” is a single malt Japanese whisky which embodies Kanosuke Distillery’s concept of “MELLOW LAND, MELLOW WHISKY” and was produced using all 3 of our pot stills, aged in several varieties of oak barrels, and blended together after 3 years of maturation.

“2022 LIMITED” is a single malt Japanese whisky produced at Kanosuke Distillery between 2017~19. Made with unpeated malt, it has been bottled at cask strength from a blend of barrels, with sherry casks as key.

Unlike last year’s 2021 FIRST, which mainly used re-charred American white oak ex-“Mellowed Kozuru” aged rice shochu casks, and 2021 SECOND, which used more traditional bourbon barrels, this whisky is characterized by the rich and enticing aromas of sherry cask-aged malt.
Enjoy the flavor as it lingers on your palate, like the sun setting slowly over the East China Sea.

*Available at distillery shop and retailers nationwide from 15th June 2022.